Find a Therapist in Louisiana

Welcome to the Louisiana therapist directory at GoodTherapy.org. Our directory is the fastest and safest way to find a good counselor or therapist in Louisiana cities. We only include professional therapists, counselors, and psychologists whose work accords, in attitude and orientation, to the elements of good therapy. Find a therapist or counselor in your Louisiana zip code, or click on the links below to see the counselors in your city. If you are looking for telehealth therapy you can click here to see all Louisiana telehealth therapists.

Estimates from the United States Census Bureau suggest Louisiana had a population of 4.67 million people in 2015. Approximately 24% of these residents are less than 18 years old, while 13% are 65 years or older. Female residents make up 51% of the overall population. According to the Bureau of Labor Statistics, roughly 24,360 people were working in social service and community care professions in 2015. Typical occupations included work as drug and alcohol rehab counselors, clinical social workers, psychiatrists, certain categories of religious workers, and therapists at depression treatment centers. In Louisiana, residents who worked in these fields took home a mean annual wage of $41,780. 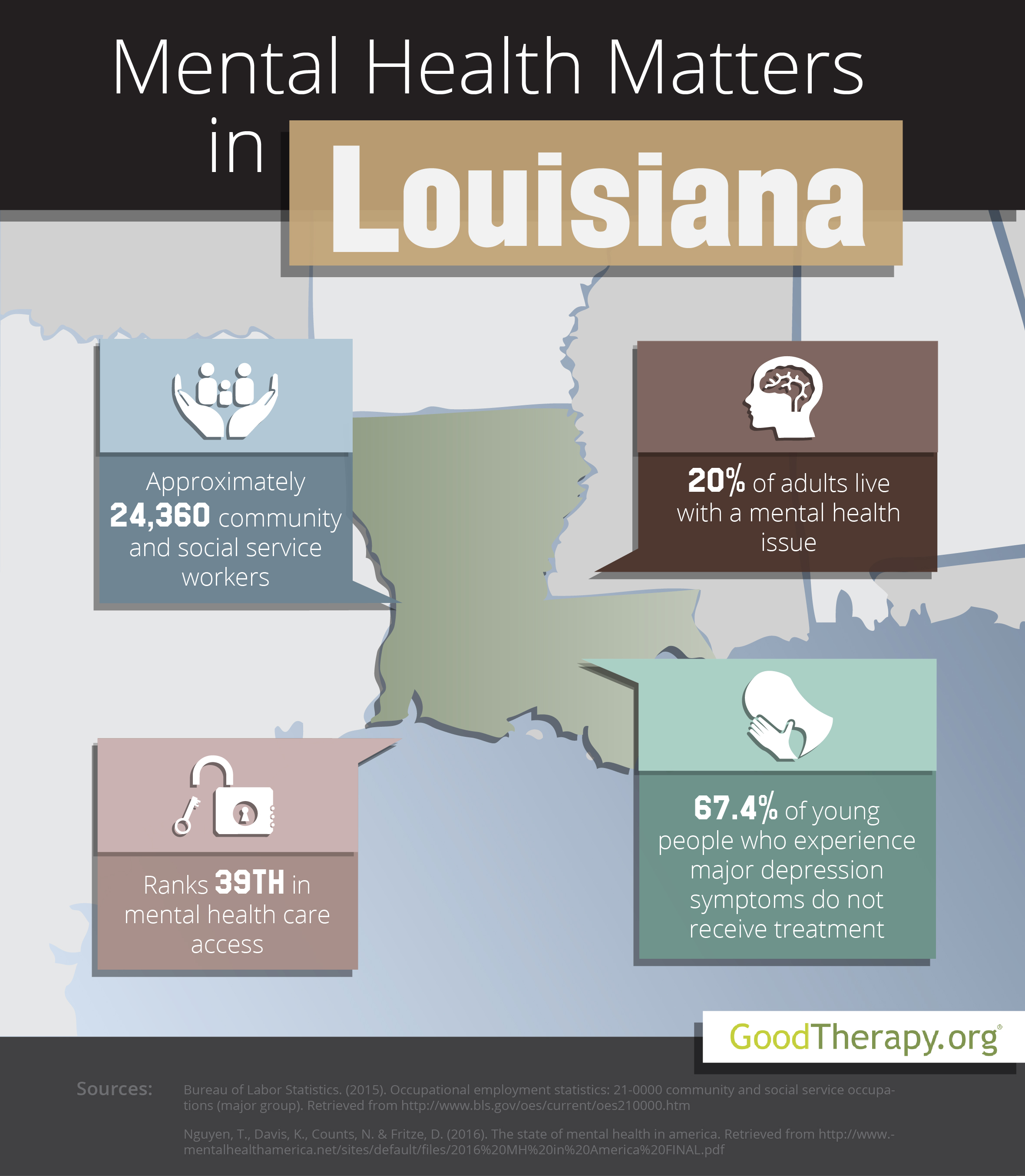